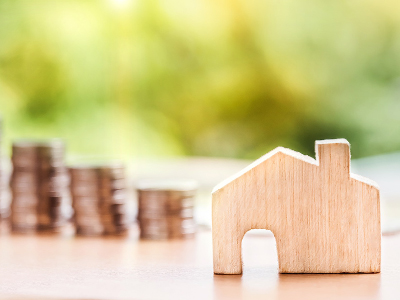 With another lockdown in effect and worrying news coming from the housing market, there are increasing calls for Chancellor Rishi Sunak to extend the stamp duty holiday in next month’s Budget.

We were delighted to see the holiday introduced last Summer in a bid to kickstart the housing market – and therefore the economy – following the first lockdown.

The rules stipulated that the starting threshold for payment of stamp duty at any rate would be increased from £125,000 to £500,000, meaning that no duty needed to be paid on a property costing less than that – saving buyers thousands of pounds.

The holiday proved effective, with the housing market enjoyed a post-lockdown mini-boom, and plenty of people took advantage; at Clarke Munro, we certainly saw an increase in potential buyers and vendors looking to sell, especially in the last quarter of 2020, which was one of the busiest on record.

In fact, the scheme came at the perfect time; the Covid-19 restrictions made a lot of people realise they needed to move for various reasons, such as a bigger garden or more space for working from home. Sadly, some also had to downsize as the pandemic hit them financially, but here too, the stamp duty holiday made the situation slightly easier.

However, it was only put in place until March 31st this year, when, presumably, it was hoped life would be back to normal.

But it’s not – and the effects of the deadline are already starting to be felt.

Last month, house price growth slowed for the first time in six months, down from 7.3 per cent in December to 6.4 per cent in January.

That’s why we – and many others in the industry – believe the scheme should be extended, ideally to the end of the year, but even just to September would be a great help.

The issue was debated in Parliament in February, after a petition called ‘Extend the Stamp Duty Holiday for an additional six months after 31st March 2021’, gained more than 110,000 signatures.

This would take the pressure off the current agreed sales, which are now stuck trying to complete under exceptional circumstances before the end of March. It would also help avoid the situation whereby some buyers are pulling out of sales at the last minute because they have missed the deadline.

Extending the holiday would also take into account the fact that many of the delays in the house-buying process are directly down to the effects of the pandemic; surveys are being held up due to restrictions, people are having to isolate, and mortgages are taking longer to go through which in turn impacts on solicitors getting things through to completion in time.

Added to this the fact that many homeowners are reluctant to make any move while such stringent restrictions are still in place, and the argument to extend the holiday grows stronger.

Because although we are following strict government guidelines, offering virtual appointments in the first instance, we’ve found that lots of our clients appear to be waiting until restrictions are lifted before arranging to sell or buy. While this is understandable - this is one of their biggest assets or purchases after all – it means fewer properties are now coming onto the market.

Luckily, we are still seeing a decent number of listings and sales, but there are plenty more potential clients who would love to take advantage of the stamp duty holiday, but not in such difficult circumstances.

An extension to the stamp duty holiday would give clients like this a chance to take advantage, giving the housing market an extra shot in the arm as the economy takes its faltering steps towards recovery.

Why sell your property with us?